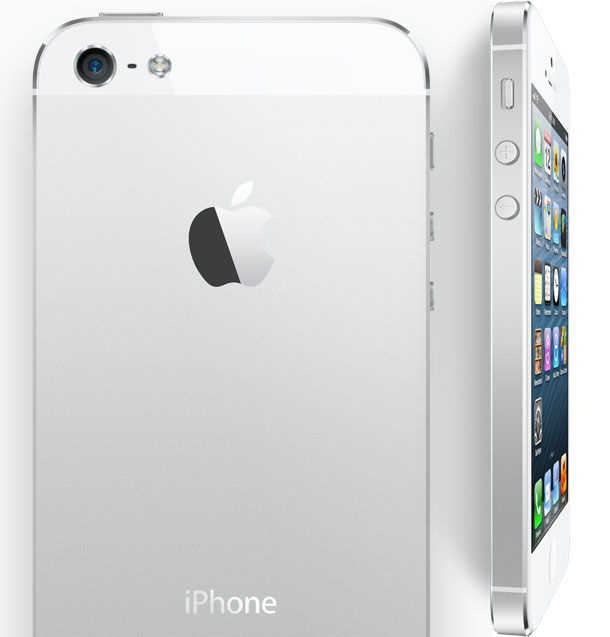 My experience with the iPhone 5, iOS and the EarPods has been great. The iPhone is everything Apple said it would be and with iOS 6 built-in, it’s clear to me that Apple has another winner on its hands.

I can’t think of any good reason why anyone wouldn’t upgrade or purchase the iPhone 5.

The question everyone who hasn’t yet pre-ordered wants answered: Should you upgrade? My answer is simple. If you can afford it, yes.

There’s a reason why, just as with all five of its predecessors, it just says “iPhone” on the back. The iPhone 5 is all new technically, but it’s the exact same thing as an idea. Apple is simply improving upon that idea year after year in infinitely finer detail, like a fractal. It’s nice.

Specificationists will say that with the iPhone 5 Apple is now behind its rivals in terms of features but in truth it’s hard to think of a feature offered elsewhere that the average person – as opposed to the tech obsessive – really needs. NFC is not sufficiently widely used, wireless charging is nice but still requires a charger plugged into the wall and most people get along fine without removable storage.

The iPhone 5 is a great smartphone made even better. It’s fast, lightweight and backed by the largest application store for any device. It’s also probably the most beautiful smartphone anyone has ever made.

How does it stack up against the Galaxy S III, the current champ among Android phones? It’s really not that complicated a question. The Galaxy does more stuff; the iPhone 5 does somewhat fewer things, but tends to do them better. (And when the iPhone doesn’t do something right out of the box, there’s often an App Store app that will.)

In other words, it boils down to a basic decision: features or polish? Only you can decide what’s important to you. It’s obvious which one Apple cares most about — and the iPhone 5 is the most artful, pleasing expression of its priorities yet.

IPhones don’t offer as much choice or customization. But they’re more polished and consistently designed, with a heavily regulated but better stocked app catalog. They offer Siri voice control and the best music/movie/TV store, and the phone’s size and weight have boiled away to almost nothing.

If you have an iPhone 4S, getting an iPhone 5 would mean breaking your two-year carrier contract and paying a painful penalty; maybe not worth it for the 5’s collection of nips and tucks. But if you’ve had the discipline to sit out a couple of iPhone generations — wow, are you in for a treat.

Apple has taken an already great product and made it better, overall. Consumers who prefer huge screens or certain marginal features have plenty of other choices, but the iPhone 5 is an excellent choice.

The iPhone 5 is a significant improvement over the iPhone 4S in nearly every regard, and in those areas that didn’t see an upgrade over its predecessor — camera, storage capacity — one could make a strong case that the iPhone 4S was already ahead of the curve. Every area, that is, except for the OS. If anything, it’s the operating system here that’s beginning to feel a bit dated and beginning to show its age.

Still, the iPhone 5 absolutely shines. Pick your benchmark and you’ll find Apple’s thin new weapon sitting at or near the top. Will it convince you to give up your Android or Windows Phone ways and join the iOS side? Maybe, maybe not. Will it wow you? Hold it in your hand — you might be surprised. For the iOS faithful this is a no-brainer upgrade. This is without a doubt the best iPhone yet. This is a hallmark of design. This is the one you’ve been waiting for.